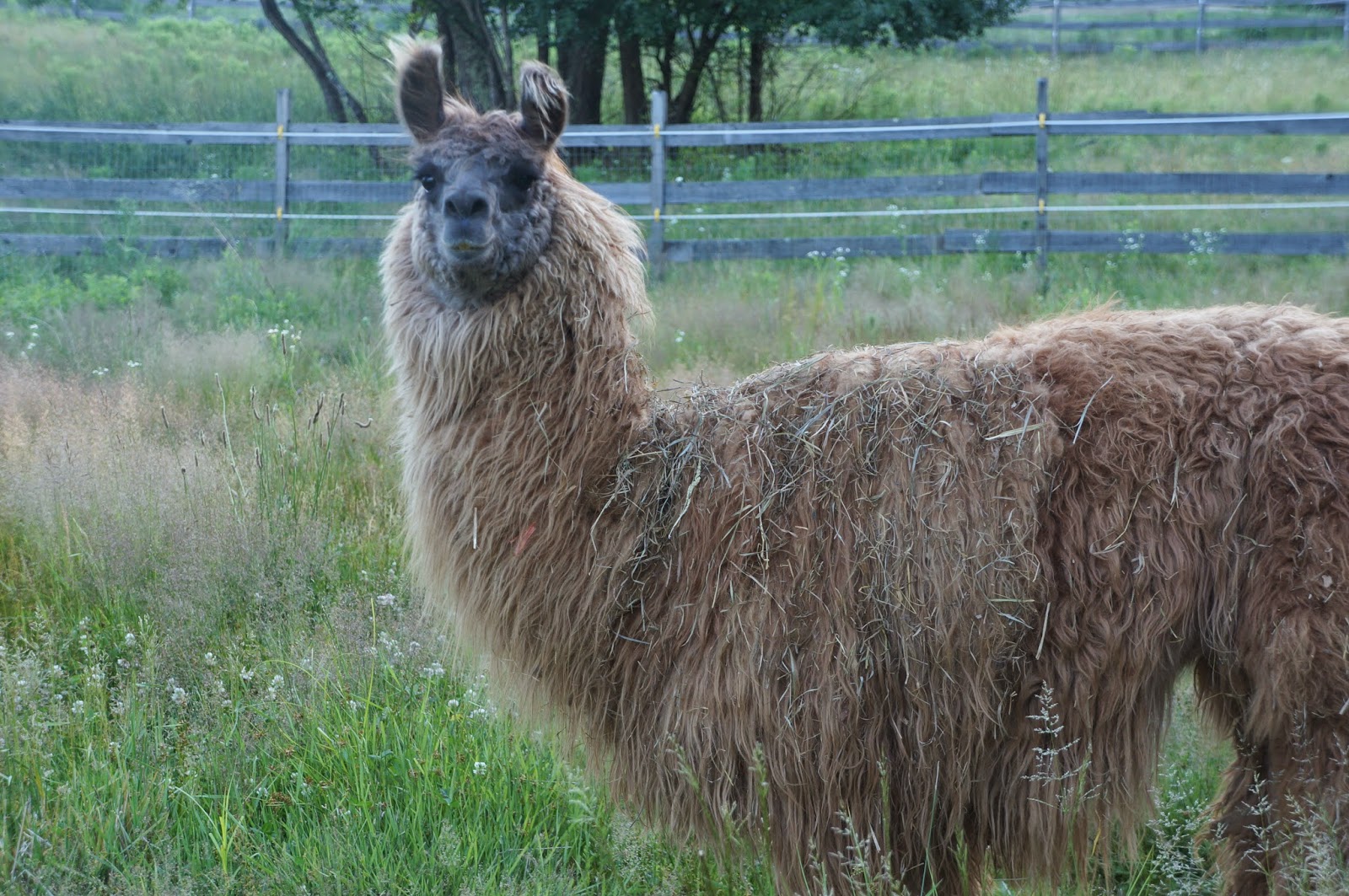 Today we finally got Cocoa his summer haircut!  After seeing animals sheared several times and shearing our own goats, I thought I knew what was coming, but this was a whole different ball of wax. 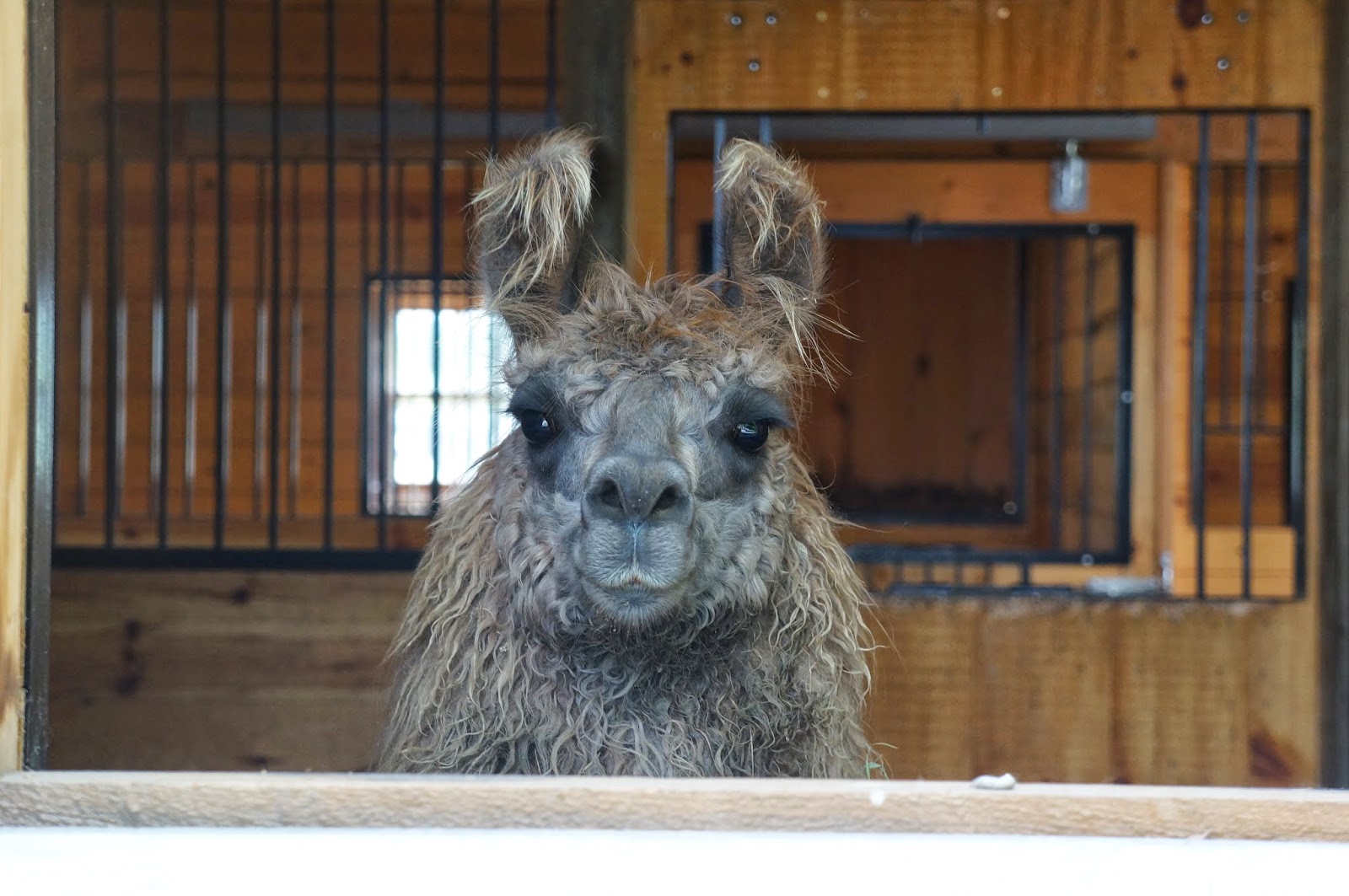 We started off getting the llama in the barn and all brushed up. 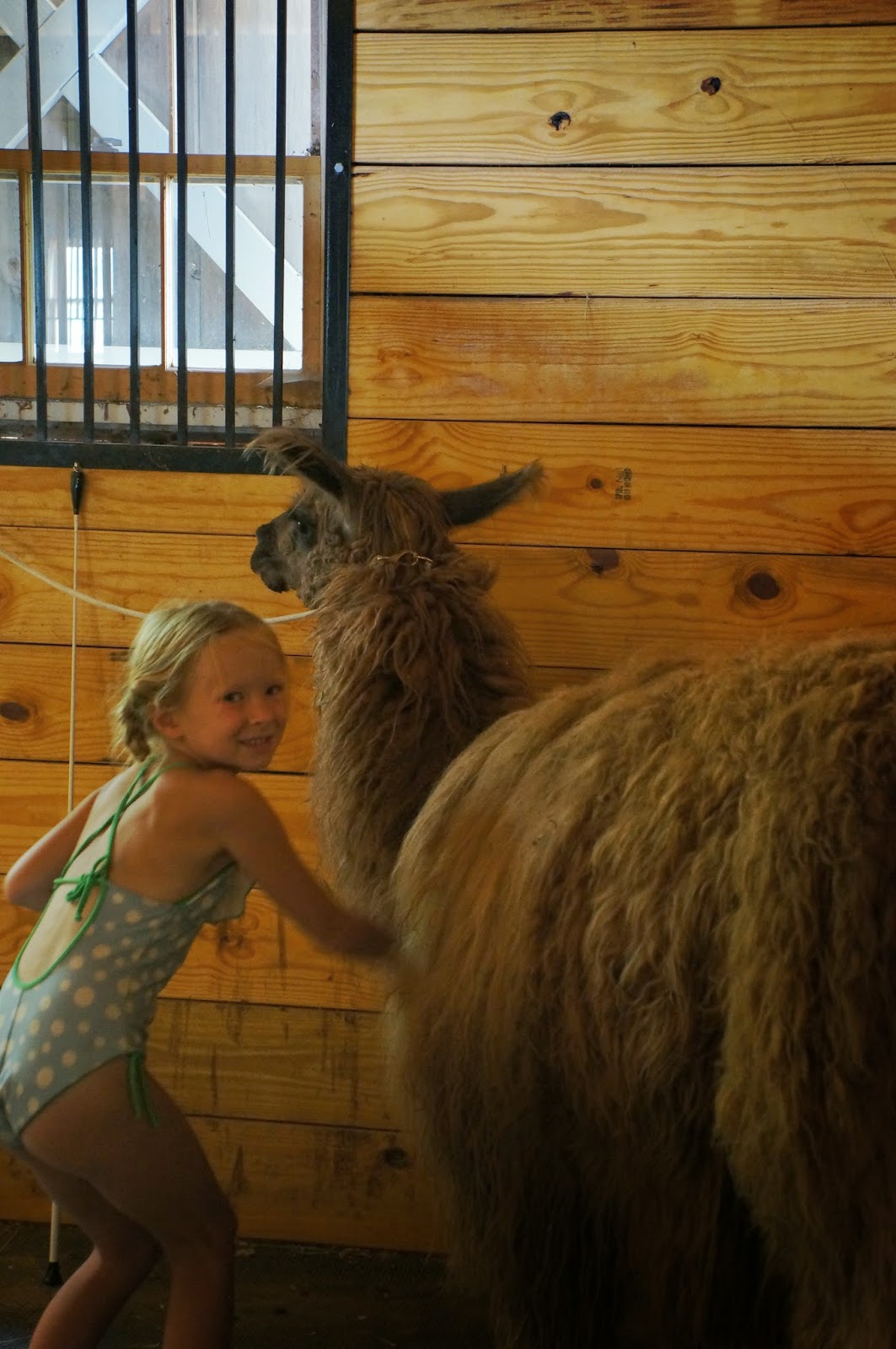 This morning Mariacher Shearing Services showed up to to take care of the llama.  It was amazing to see someone who has handled thousands of animals work on Cocoa.  Where I am still slow and tentative, he handled him smoothly and confidently. 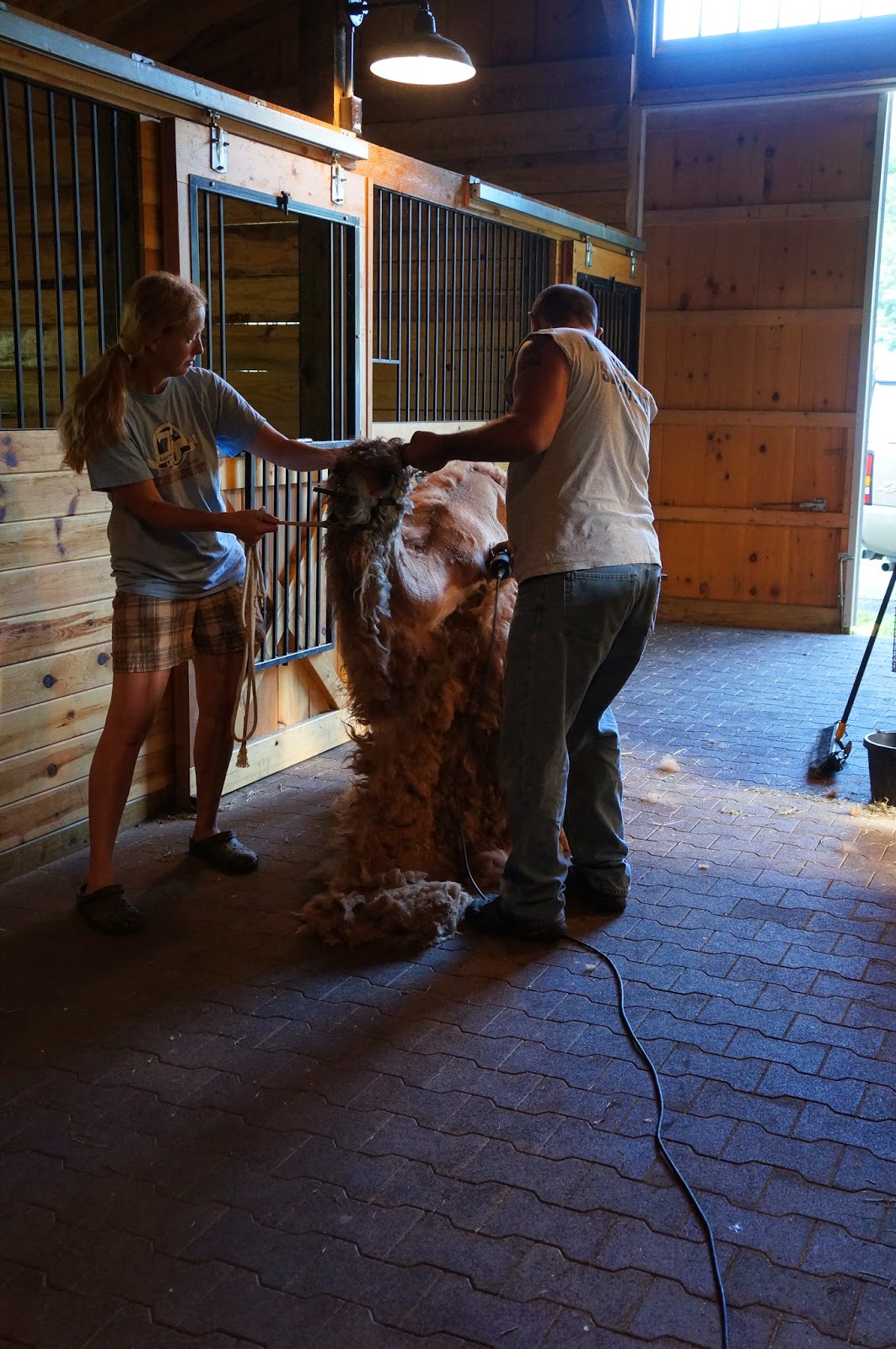 He started off trying to shear him standing up, but we quickly realized that wasn't going to work with the amount of squirming, bucking and craziness coming from Cocoa. 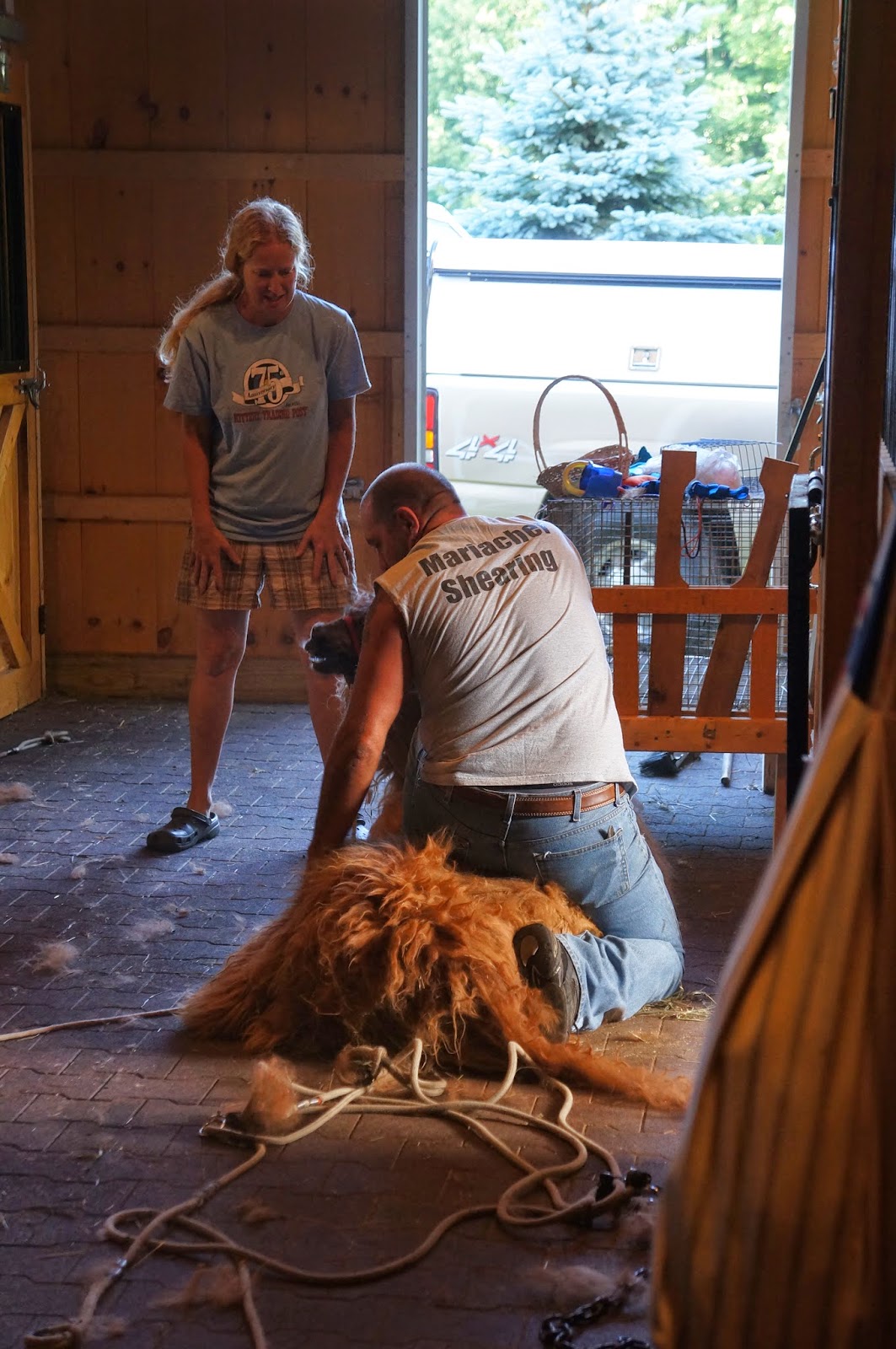 It didn't take long to get the llama on the ground and secured with his front and back legs. 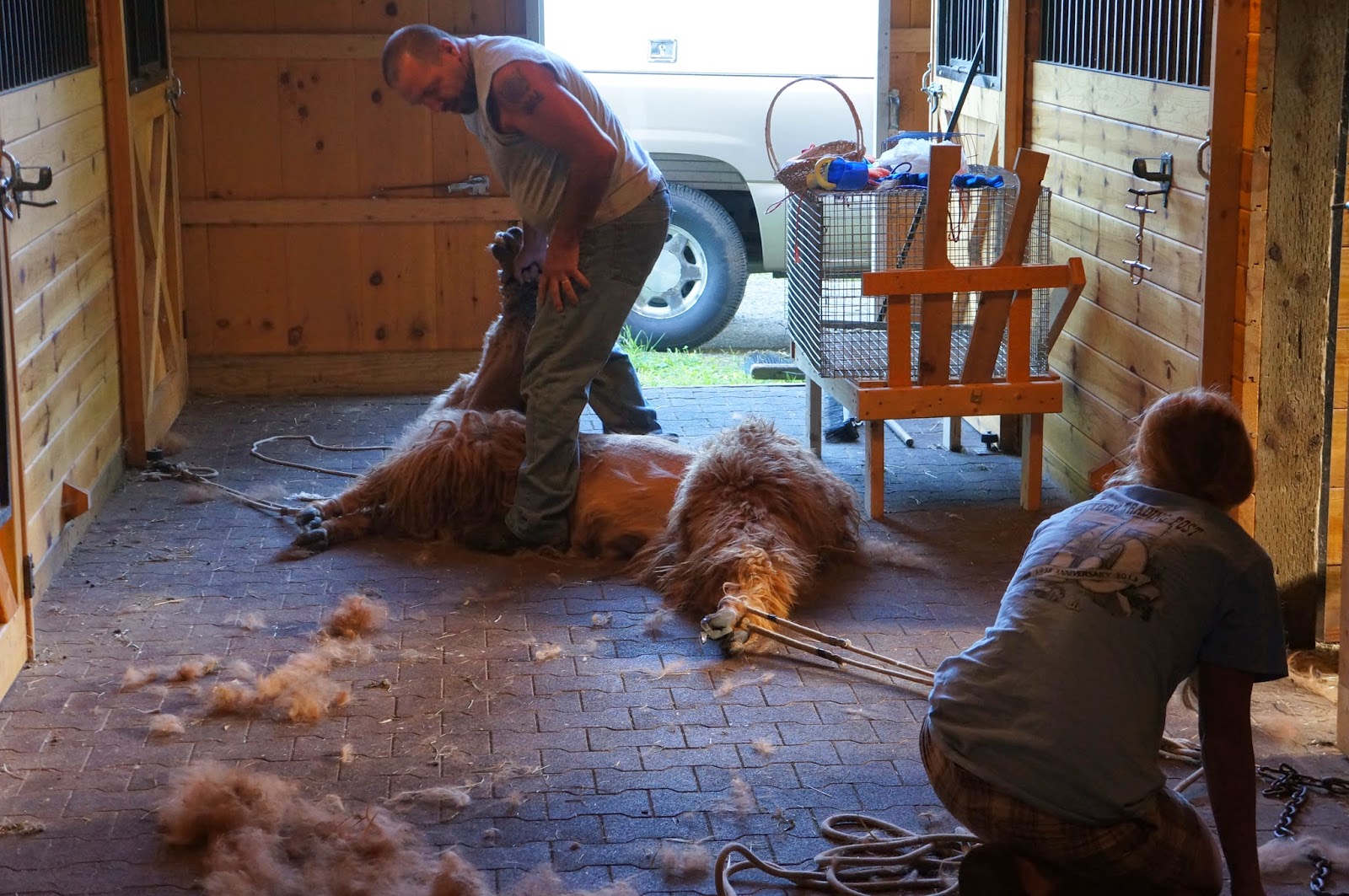 (don't forget to check out the cheering squad) 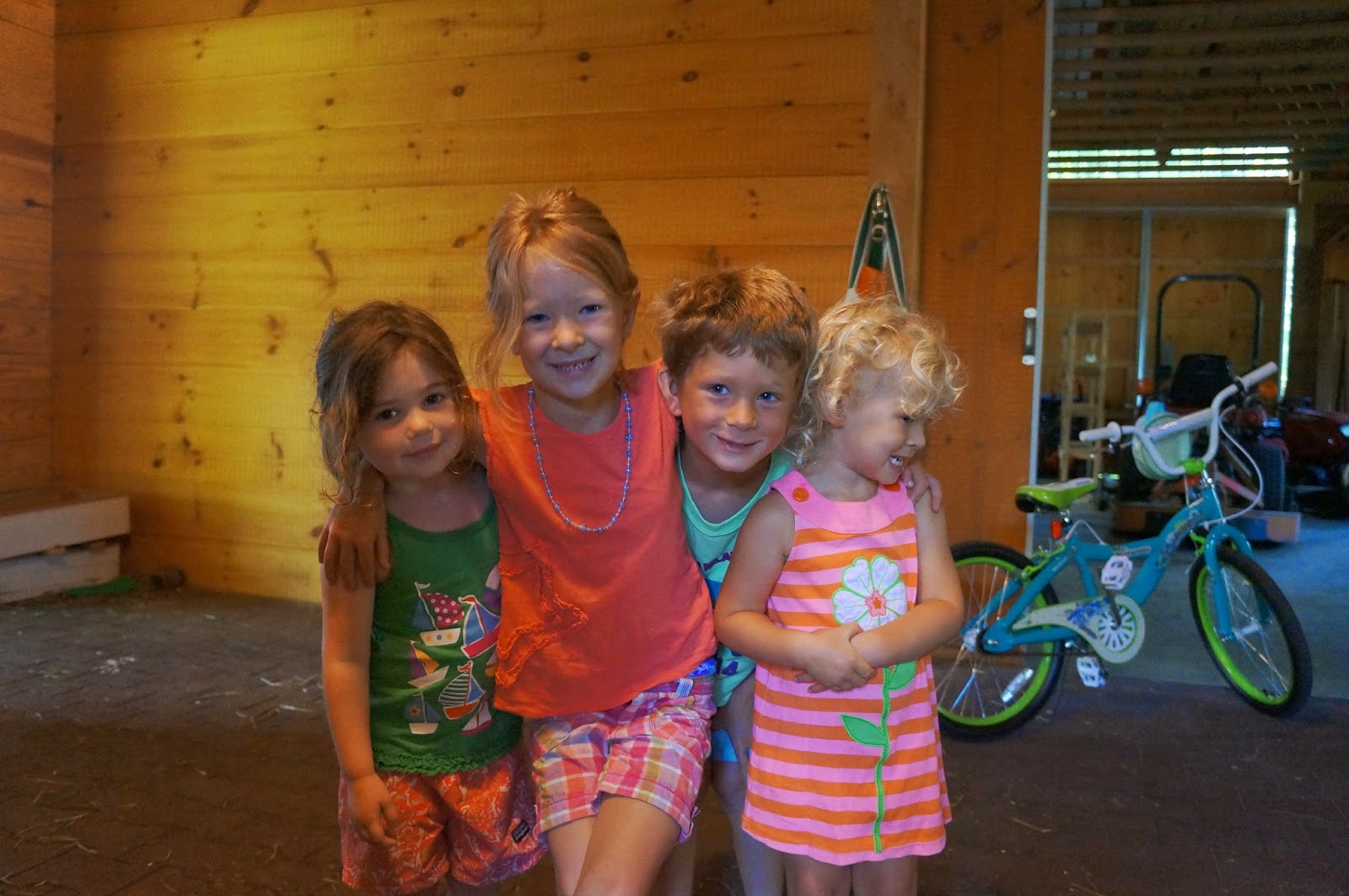 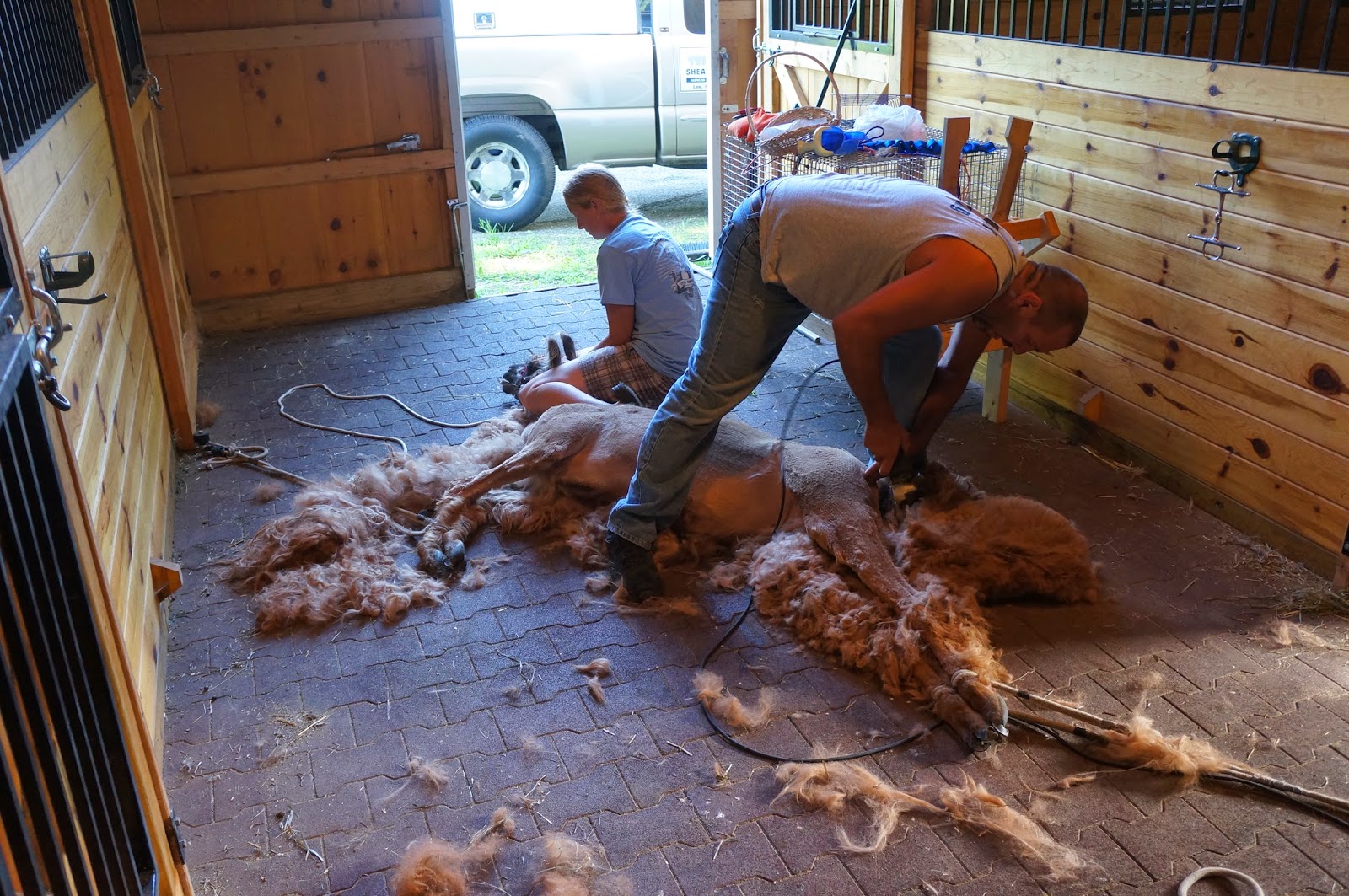 Once Cocoa was down, it only took a couple minutes to get him sheared and trimmed up. 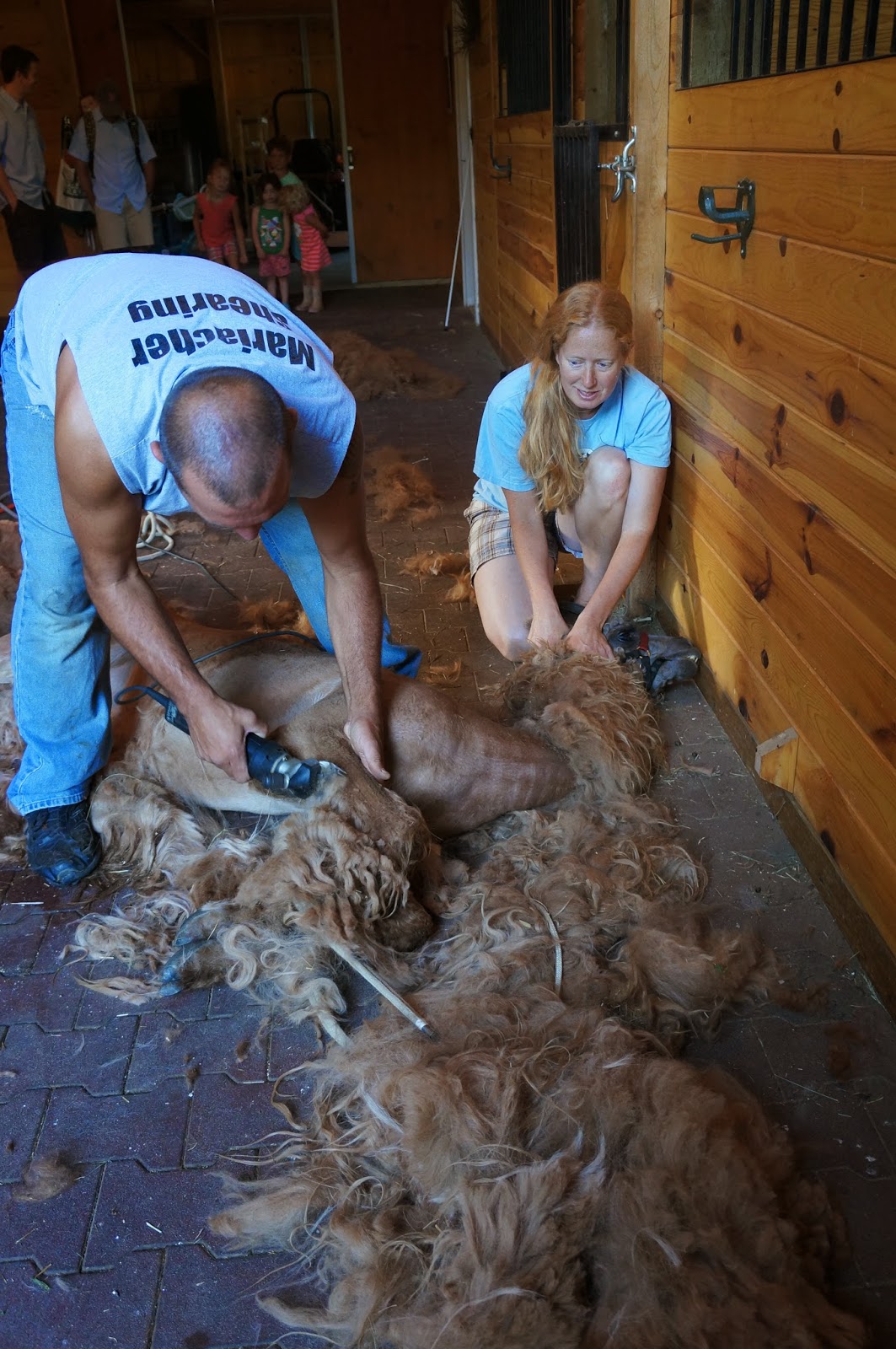 He was so excited to get outside again. 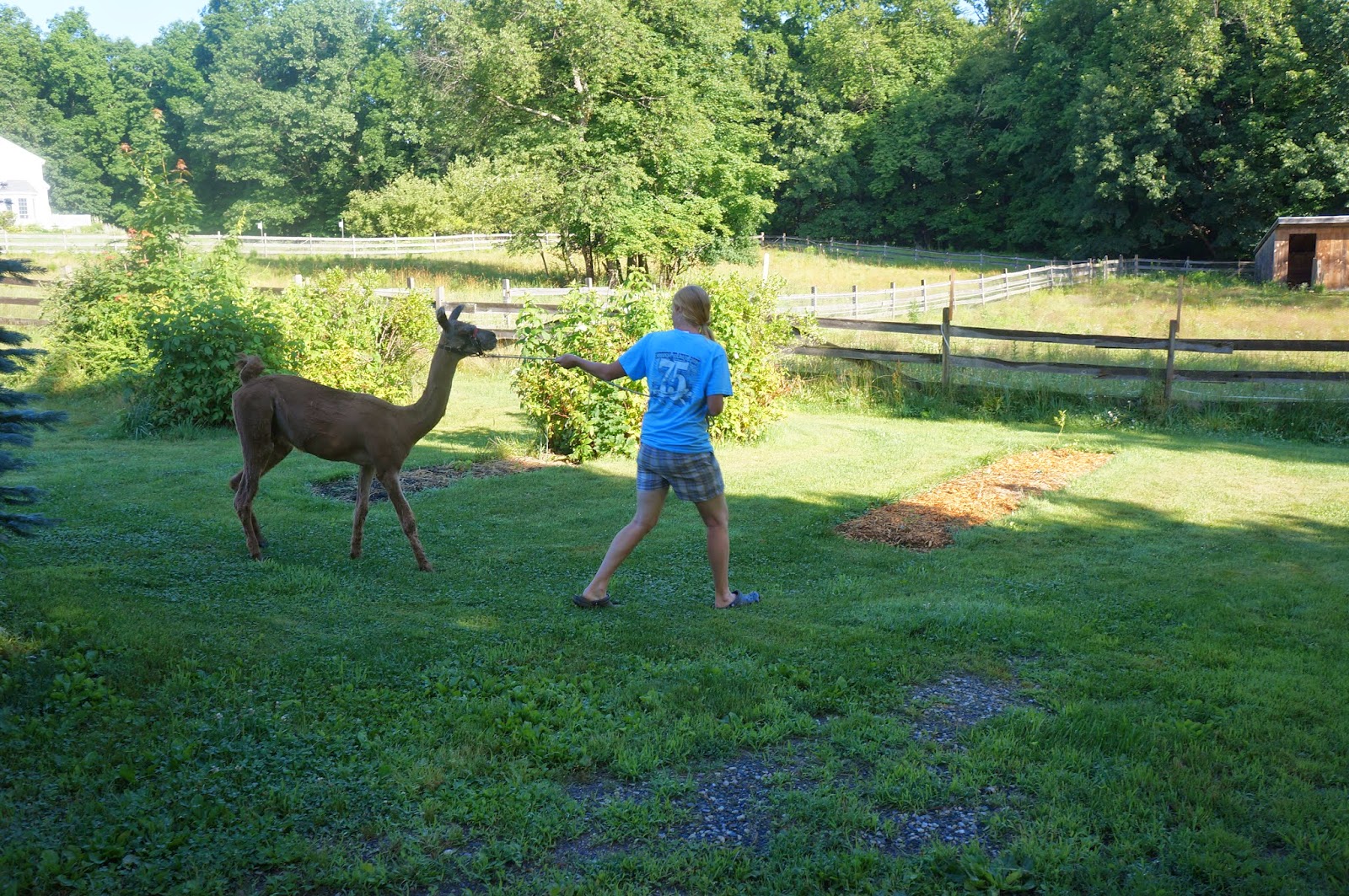 It took the goats a few minutes to realize that he was the same animal they knew. 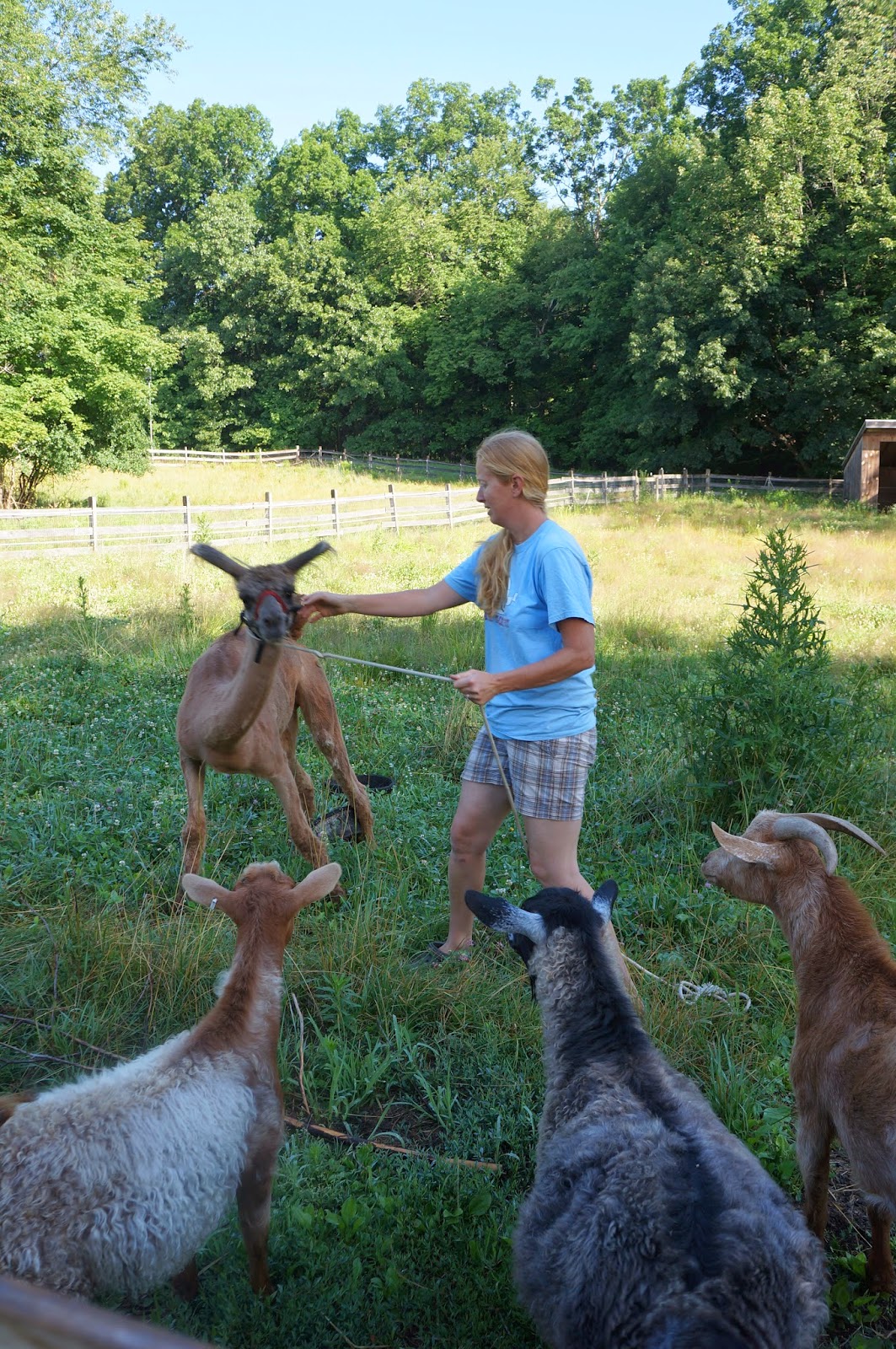 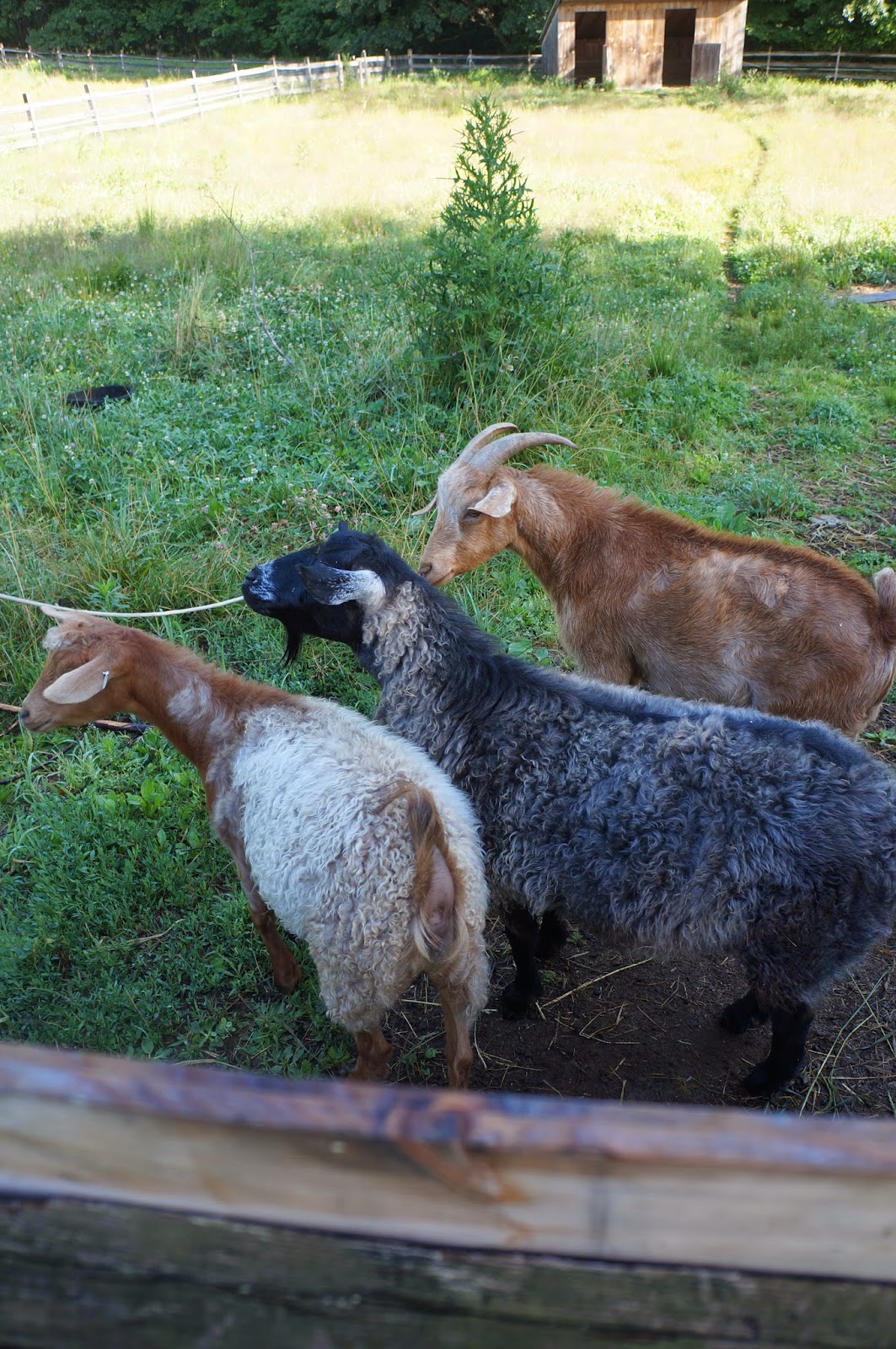 Now I have a lovely pile of fiber to play with! 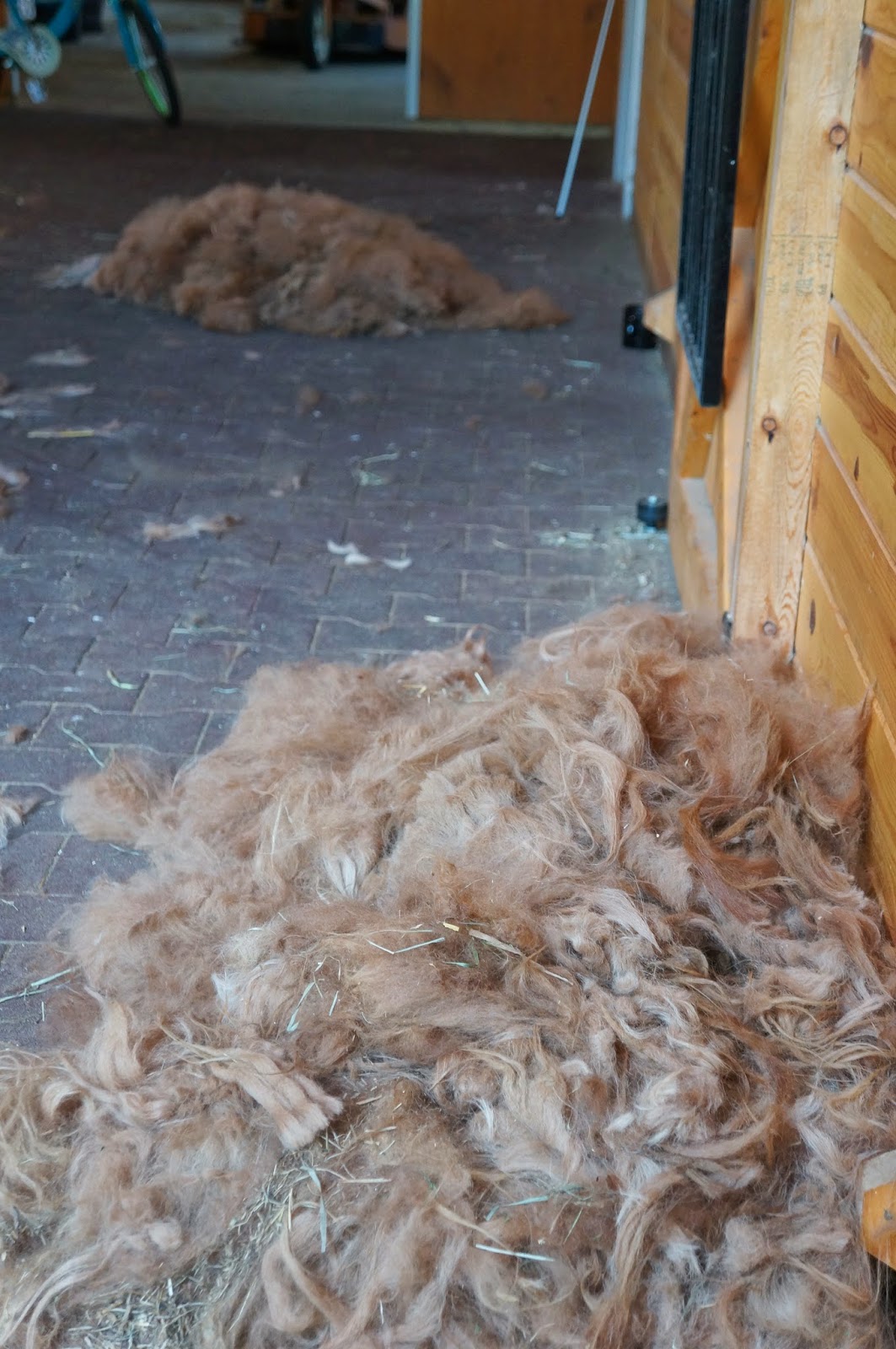 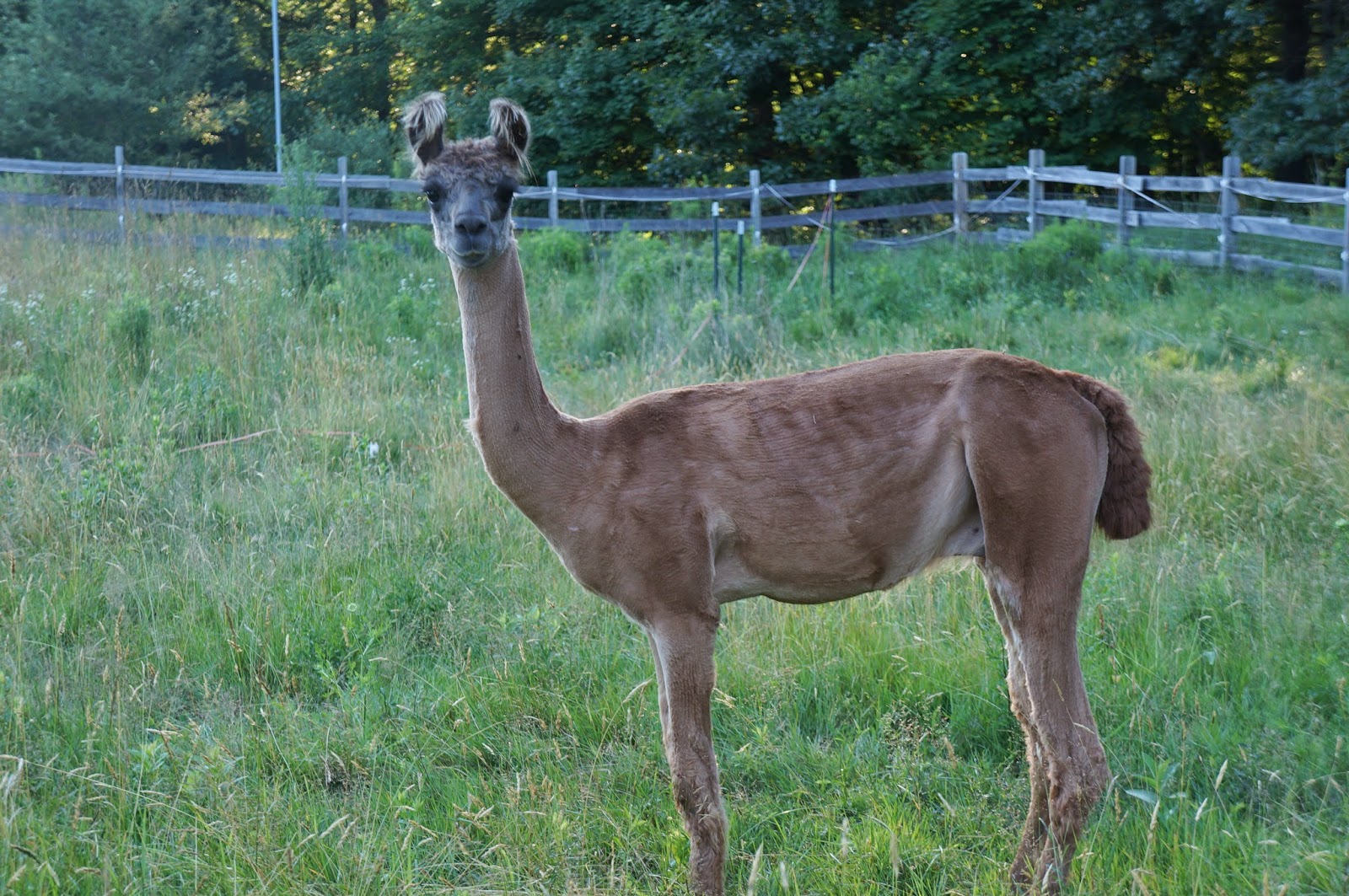 Here's the before and after shot! 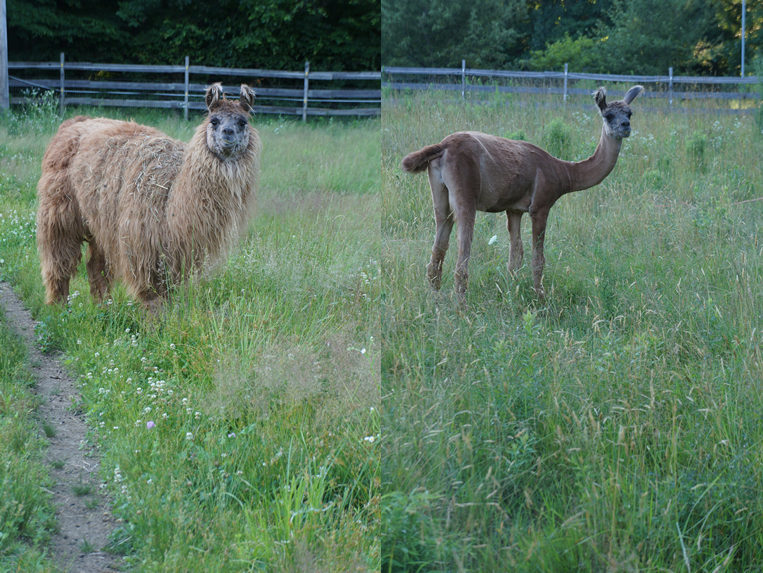