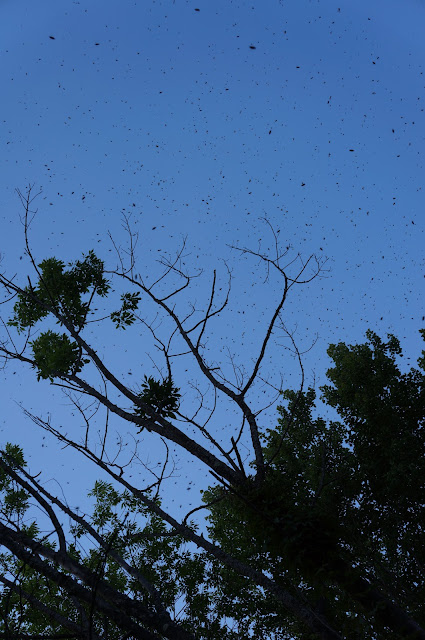 Keeping bees is one of those endeavors that lives at the intersection of carefully studied research and a little creative ingenuity.  For those people who've kept bees for life or have a huge operation, bee keeping most likely is simply a matter of intuition and know-how, but for many of us who keep just a few hives, understanding and managing the unique behavior in your bee hive can feel a bit overwhelming.

We are constantly looking for explanations of exactly what is happening in our hive and how to adjust our management to improve the outcome for these little critters.  Now, with the recent loss of bee colonies, keeping a healthy hive is even more important.

One of the behaviors that bee keepers are always watching for in the spring and summer months is swarming.  For those who don't keep bees, swarming occurs when some (or at times all) the bees leave the hive in a large clump and go look for a better home.  They may leave the hive for many reasons including pest problems or other environmental issues, but usually the bees leave because they are overcrowded.  When they leave the hive they take a queen (often the old queen) with them to establish a new home.

The actual act of swarming is amazing and you can spend days reading about all the behaviors and cues that prompt the bees to leave and then help them find a new home. If you want to learn more about bee behavior, I've heard good things about this book: Honeybee Democracy

.  When the bees swarm they leave the hive in a large group of swirling bees and settle on something nearby the old hive - usually a branch, tree, or whatever they can find.  Then they send out scouts to search for a new home over the course of several days.  When the scouts have convinced the swarm of a new space, the entire swarm leaves.  If you are lucky, you can collect the swarm before it departs, but otherwise you've lost a lot of bees (and because they gorge themselves on honey, a lot of honey).

Recently we've had some interesting bee activity at our home.  Due to our own mismanagement, we missed a few new queen cells developing in the hive.  While we've been adding space to our hive, we may have been a bit late.  Over the last few weeks the bees have been spending a lot of time on the outside of the hive and this past week the bees have been forming a cluster around the hive entrance.

On Saturday afternoon all of a sudden the air was full of bees and a swarm started forming on a tree trunk about 20 feet up.  Feeling a bit defeated, we watched with wonder for a while and then went back inside.  An hour later I came back out to check on the swarm and they were gone - I was totally surprised since I expected them to take a few hours to days to make a move.  But when I looked at the hive - there were all the bees clumped right to the front again.  So of course I dove in to figure out what was going on.

Turns out the most likely explanation is that the bees attempted to swarm and either the queen was killed or was unable to fly, so they returned to the hive.  The next day we went in to the hive to see what was up and to divide the hive to keep them from swarming again.  After looking through the hive, we couldn't find a queen and all the queen cells seemed empty.  We're still a bit flummoxed, but are assuming we missed the queen in all the piles of bees all over the hive, or maybe she's missing and they will need to raise another queen.

We split the hive using the parts we had on hand and made sure each hive had some brood, honey, and lots of bees.  We left the hives next to each other and so far the new hive seems to be slightly less active, but still a busy buzzing place.  After a few days, the clump on the outside of the hive has slowly receded and it seems to be business as normal.  In a week or two we'll get back in the hives and make sure there are queens or at least queen cells, but until then, we'll just keep watching from the outside, and head off to get some more equipment to build up our new hive. 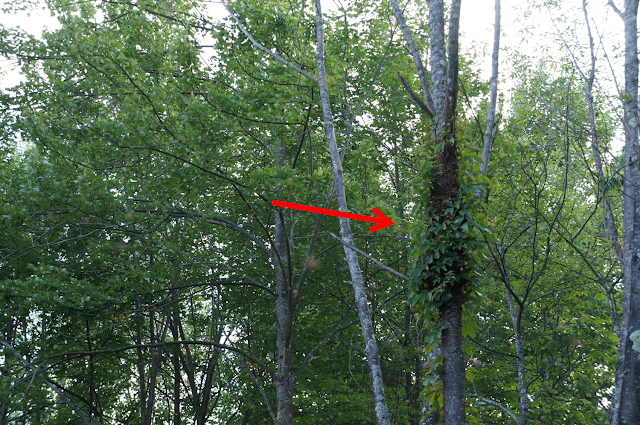 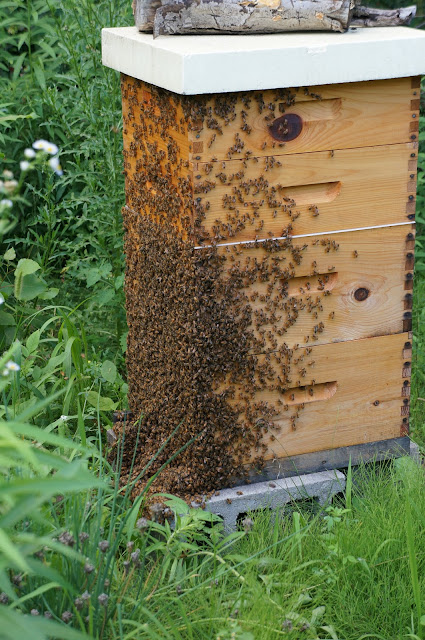 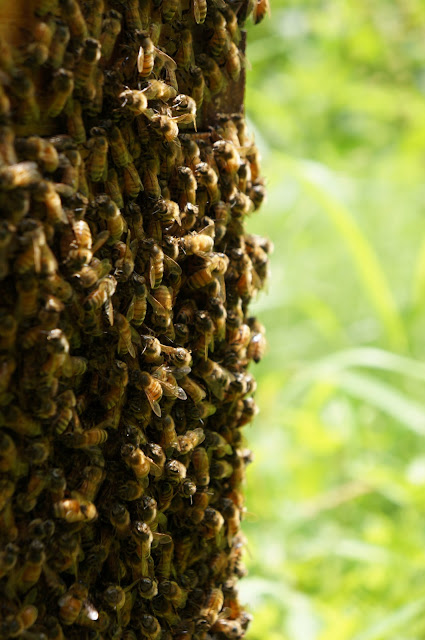 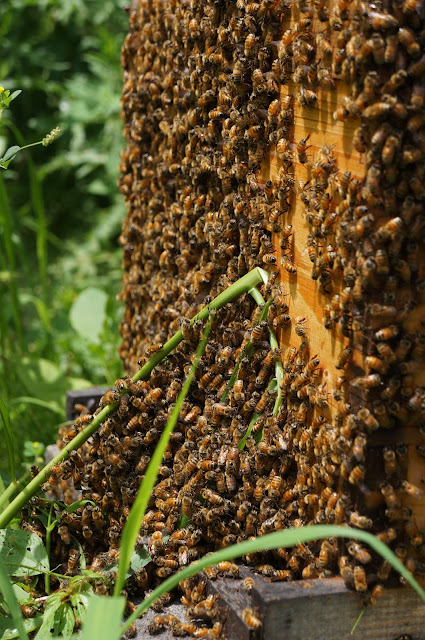 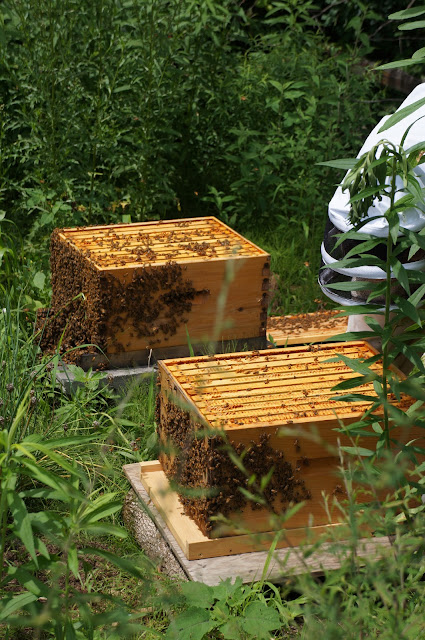 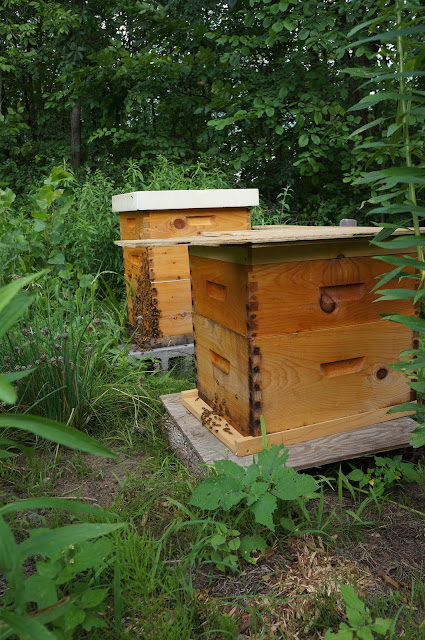