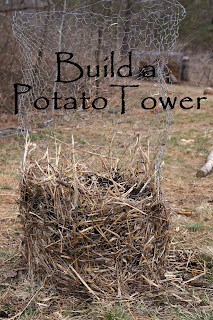 The last 2 years, our potato crops have been a flop.  They would develop lovely green leaves, but when we dug them up, we would barely harvest what we planted.  I do believe that most of the blame rests with me and my lack of care and maybe a bit of poor soil, but those 2 poor crops were just the motivation I needed to try some potato towers (if you're looking for a great article that discusses 7 different methods for growing potatoes go here).

Potato towers have the advantage of growing potatoes in a small space (instead of letting the plants sprawl) and as the potatoes grow up, there is more space for tubers to form.  You can build towers in many different ways (tires, reclaimed wood, fencing, etc).  We chose to re-purpose some items from around the yard (hence the chicken wire). 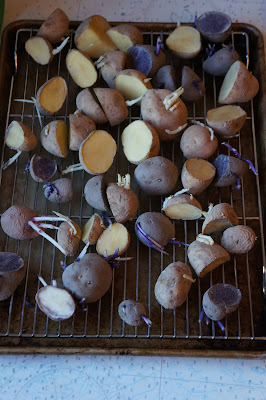 To start, find some good quality seed potatoes and cut them into sections so there is at least one eye on each piece.  Let these pieces sit out for a day before planting them.

Next, build your tower.  I found so many varying sets of instruction for building towers, but we opted to add about 6 inches of composty-soil to the bottom of each tower, place the potatoes inside the tower.  By lining the edges of the tower with hay, we were able to cover the potatoes with about a foot of hay and soil mixed together.  It's important as the potatoes grow to keep them covered or you will get green, poisonous potatoes.  Because the tower is more exposed to the air, keep it well watered throughout the growing season. 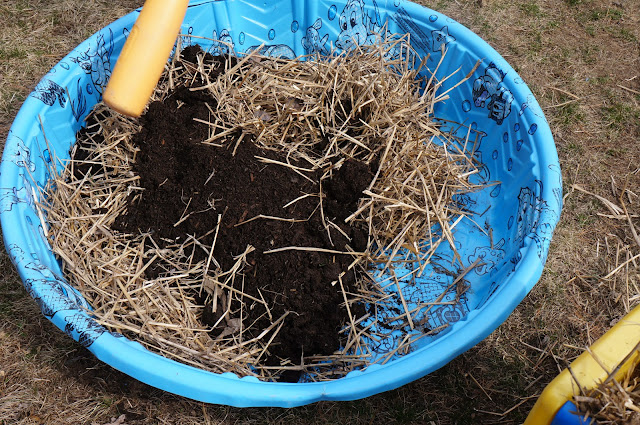 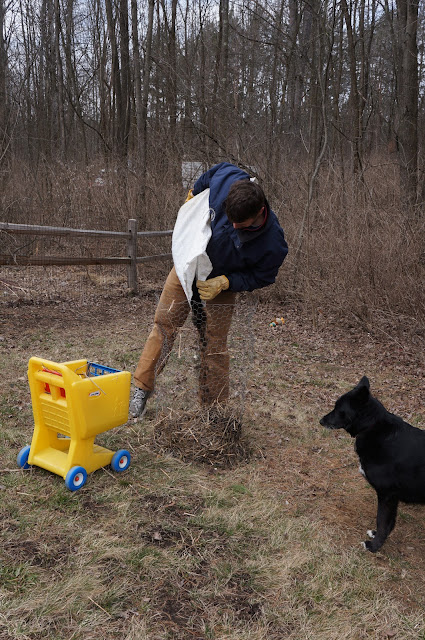 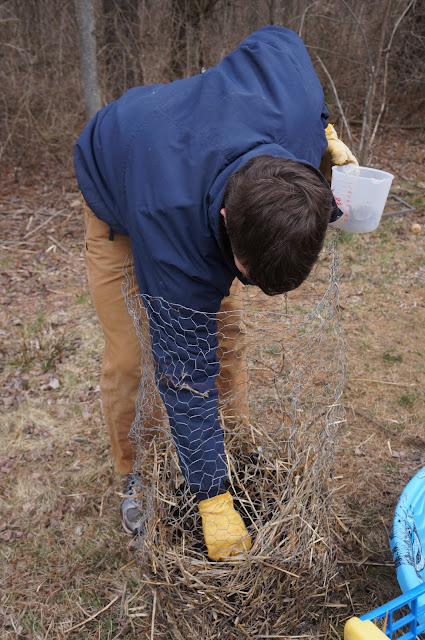 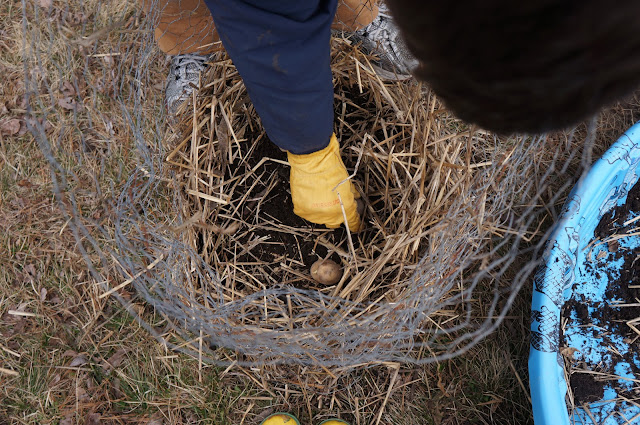 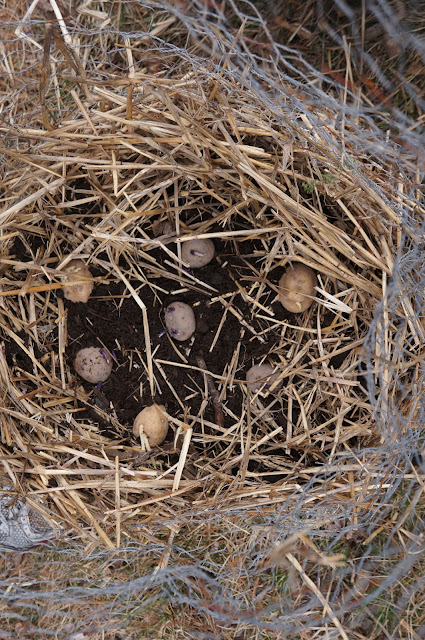 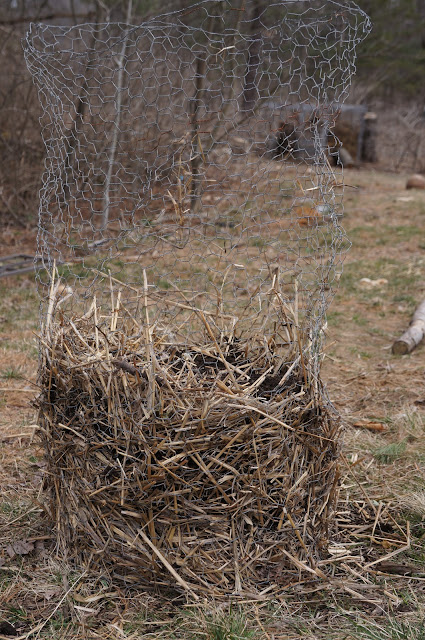 In addition to our chicken wire potato tower, we also created a special potato section of our straw bale castle.  This potato space uses the same method as the tower, only is in the center of 4 bales of straw.  As the potatoes grow, we'll add more hay and dirt to cover them.  I'm thinking it will require less watering, but I'm curious to see what method produces the most potatoes. 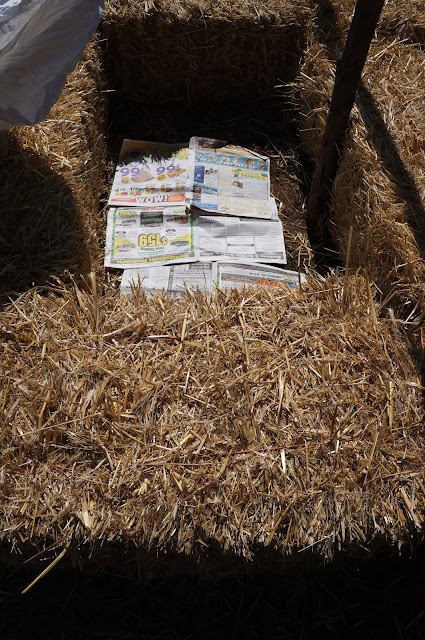 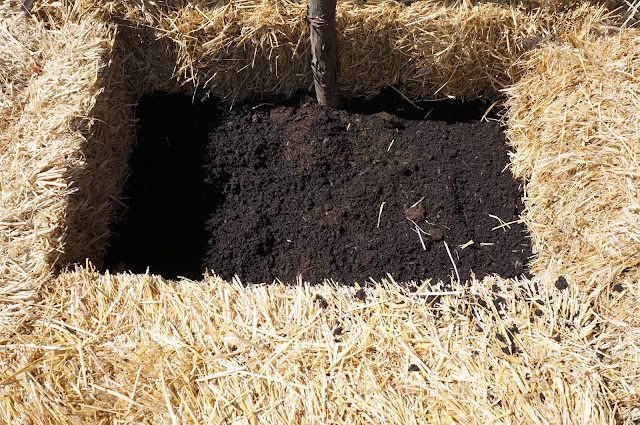 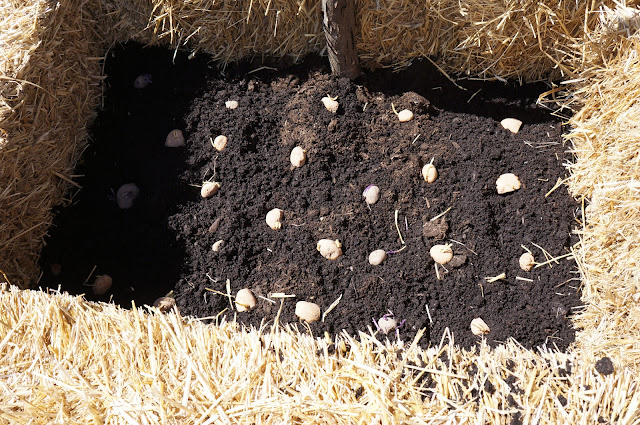 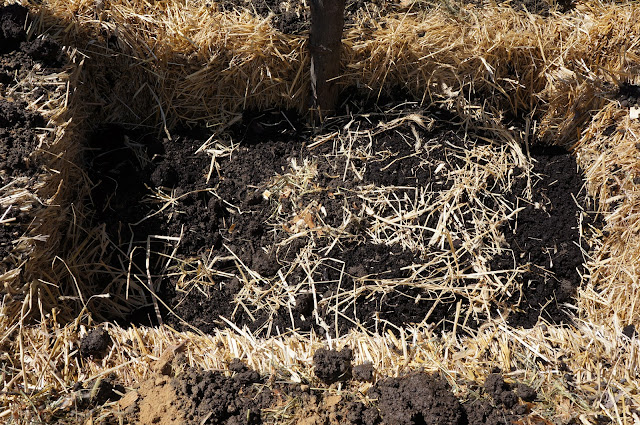 Which method do you think will work better (the tower or the center of the hay bales)?

Have you used potato towers before?

Check out other posts about growing potatoes and share some of you own in the links below.

*** A little update from this post.  The potatoes inside the hay did the best.  If I were to make the towers again I would make them a bit bigger so they didn't dry out quite so much.  The hay bales were easier to manage and since we used both the area inside for the potatoes and on top of the bales for planting it was a win win.